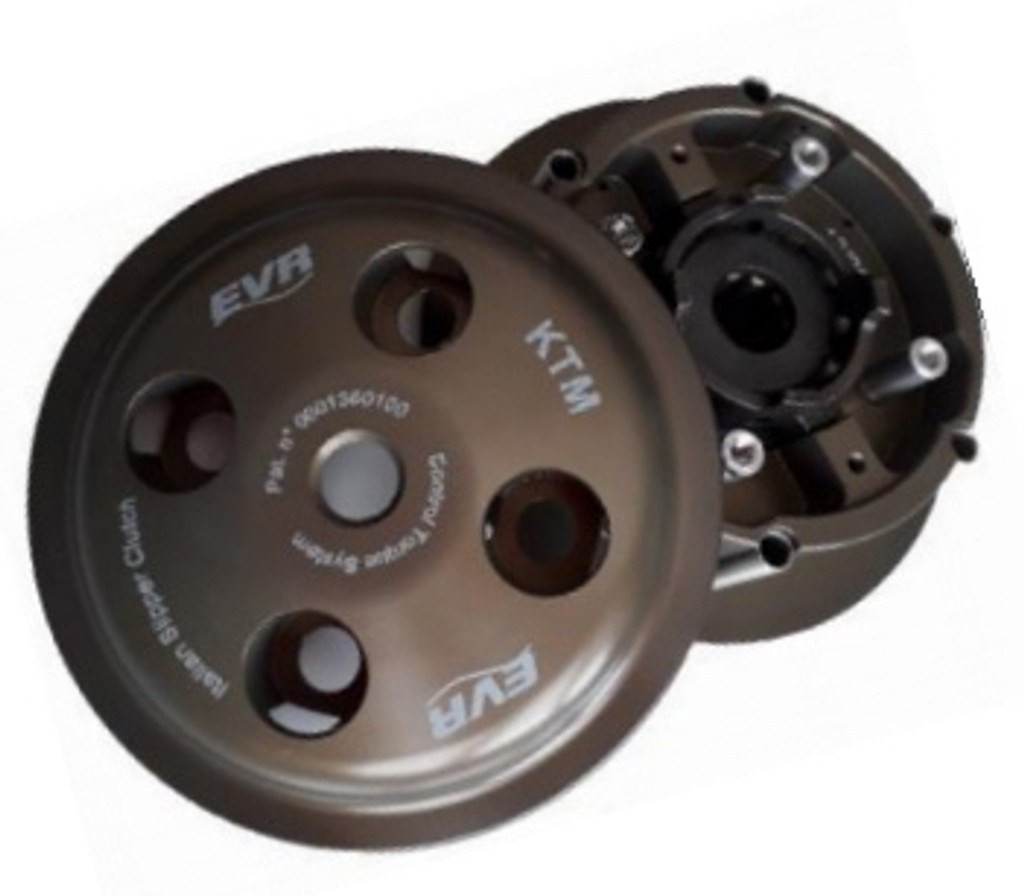 The Honda CRF450 2003-2008 + Honda CRF 450 2013-2016 + Aprilia SVX 450 / 550 (all). EVR Clutch system is the next evolution of slipper clutch technology designed by the modern pioneer of the original slipper clutch system Edo Vigna. These clutch systems help eliminate rear-wheel chatter and reduce chassis instability during aggressive downshifts. These kits will provide longer life thanks to a more simplistic approach to the distribution and balancing of forces.

Conventional style slipper clutches must move the inner hub through the pressure plates from the bottom putting pressure on the ramps at different angles and the clutch stack. The excess friction between the plates and clutch hub causes an additional requirement of force to overcome the load on the discs before the inner hub can begin its journey to contact the outer pressure plate.

The EVR Clutch addresses this issue by not allowing the drum to move in and out. The EVR drives a cam through the center of the hub outward which pushes on the outer pressure plate, greatly reducing the energy required during the break free moment. The disengagement and re-engagement of the clutch is smoother allowing for greater tune-ability.  In addition to the reduced break free moment there are also no small bearings to wear on the ramps which gives greater life and greater consistency in operation throughout the life cycle of the parts.

Be the first to review this product.